In 1921 Guillermo Durán Llompart opened up a tile factory in Puerta de San Antonio in Palma. At the age of just 18, his son Guillermo Durán Cañellas travelled to Paris to acquire the company’s very first lorry, which he drove across the Pyrenees before putting it on board ship for Mallorca.

And so the story of DURAN begins. A story of a family that for a century has been, and continues to be, a beacon in the sector of top-quality flooring and tiling.

In the late 1960s the inauguration of a new store in Calle General Ricardo Ortega made for an important leap in the history of the company. That space covering 1,200 m2 – something absolutely unheard of in that day and age – set a trend in ceramics and bathroom fittings, becoming one of the most important showrooms in Spain both for its size and for the novelties on display.

In the ‘seventies, the former factory and warehouse with a surface area of 13,000 m2 in Coll d’en Rabassa was turned into a spacious store which still exists today, incorporating new business units, such as hardware and plumbing.

Another important step came in the year 2000, with the inauguration of a new 8,500-square-metre centre on the Son Bugadelles industrial estate in Calvià. An avant-garde space in terms of flooring, tiles and bath- rooms, this time including kitchens, furniture and décor, lighting, fabrics and all kinds of accessories for the home.

The opening in 2015 of a new showroom in Alcudia – 6,000 m2 of surface area – and the upcoming inauguration of a totally avant-garde space in Santanyí, are a clear indication of our company’s entrepreneurial and service-centred vocation, focused on offering all-round solutions both to building and decoration specialists and to individual customers.

In 1921 Guillermo Durán Llompart started up the business, manufacturing hydraulic and earthenware tiles, and his son Guillermo Durán Cañellas left a legacy that lives one today. A century on, DURAN is still a family-run business which maintains the values inherited from the first generations.

Following those founders the next generation, headed up by Guillermo Durán Bosch, turned the business around radically, giving up manufacturing to focus on the new commercial formats detailed in this catalogue, which were and still are a success thanks to the firm’s constant innovation.

At present, the executive management of DURAN is in the hands of four CEOs, all of them members of the family: Guillermo Durán Abad, Guillermo Feliu Durán, Jaime Durán Abad and Luis Feliu Durán.

The strength of the team 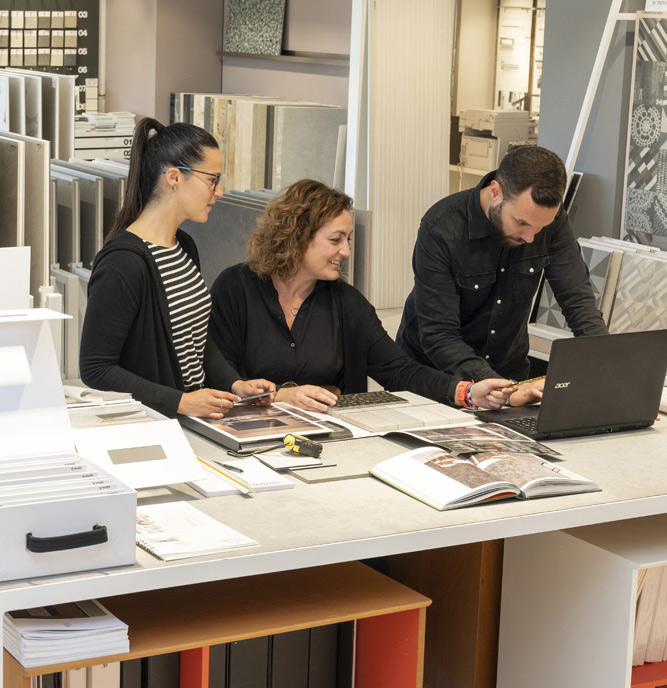 At present DURAN is a company comprised of around one hundred professionals. Working as a united team, in harmony with the family values that govern the company, is the key to remaining a leading name in the world of construction in Mallorca.

Each of the business divisions of DURAN is made up of specialists, including Refurbishment Advisory Tech- nicians certified by TÜV, architectural technicians and interior designers, with the aim of ensuring that our customers feel they are in the best possible hands when seeking guidance for the construction or renovation of their home.

The different ambiences of the DURAN showrooms are designed to make the relationship between professionals and customers flow in a way that is both pleasant and creative, something that is doubtless revealed in the final result of each project. 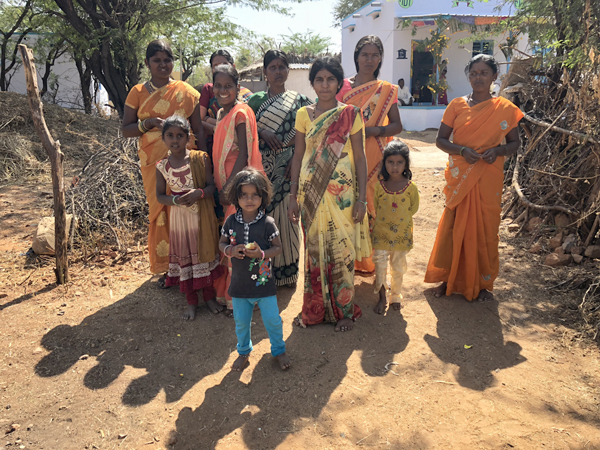 We at DURAN feel it is our responsibility to do our little bit to help meet different social needs. Which is why we sponsor and collaborate with various not-for-profit organisations, on projects that include: the construction of 23 homes planned by the Fundación Vicente Ferrer, in the region of Madakasira, in India; the conservation and improvement of the structure of the building be- longing to the Hermanitas de los Pobres, or Little Sisters of the Poor, in Palma; permanent collaboration with the hospital clowns of Sonrisa Médica; support for the drug treatment and rehabilitation centre Proyecto Hombre;

In addition, DURAN sponsors different grassroots sports projects (sailing, basketball, five-a-side football) in the areas where our centres are located: Coll d’en Ra- bassa in Palma, Calvià and Alcúdia. All this is a way of consolidating our relationship with these communities and providing a service that is useful for them. 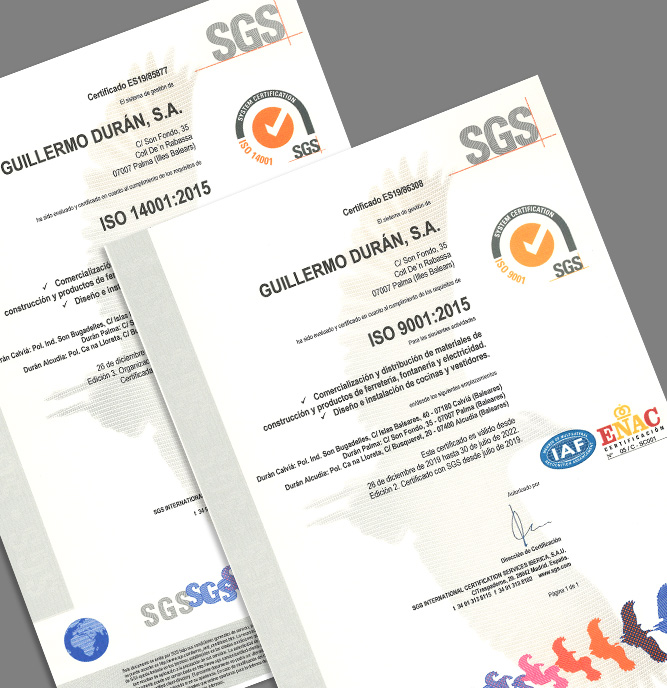 DURAN´s Direction makes public, through this link, the Company´s Quality / Environment Policy for knowledge and fulfillment of all who are part of the organization.